The Sky's Not Falling: Bruins Lose To Habs, But Score! 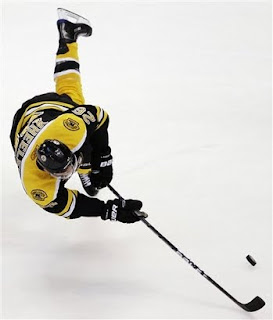 Hear that? That’s the sound of the bandwagon getting a tad lighter in Boston.

Following two mind-rattling losses to the New York Rangers and Detroit Red Wings, where the B’s scored a total of zero goals in 120 minutes of play. Tonight, it took the black and gold just over 59 minutes before they finally scored a goal against the Montreal Canadiens en route to a 2-1 shootout loss.

Former Boston Bruin Glen Metropolit got the party started for Montreal, scoring a goal late in the first period after a Dennis Wideman positioning blooper led to a collision with Matt Hunwick, leading to Andrei Kostityn having a clear path to the net with Shawn Thornton in hot pursuit of him. Kostityn was denied by Thomas on the initial attempt but was able to wrap it around the net where Metropolit was able to bang it home for his third goal of the season.

The second period was more of the same Boston and Montreal clash we all know as the B’s and Habs engaged into a defensive battle, fighting for every corner and full of hard hitting, and penalties. However, in what’s becoming expected Bruins fashion, the B’s were unable to capitalize on both powerplay chances in the period, and three in total. At the same time though, the B’s penalty kill was up to the task of shutting down the Habs powerplay, killing both powerplays Montreal had in the night.

The highlight of the second period was a goal-call reversed in favor of the Montreal Canadiens as it appeared that the B’s put one by an unsuspecting Carey Price on a rebound. However, as replay clearly showed, the net was taken off it’s moorings and was put in under the dislodged net.

Near the close of the period, a scrum erupted in front of the Boston crease where Andrew Ference and Maxim Lapierre exchanged words and went as far as Ference dropping his glove to challenge Lapierre to a fight −something Lapierre simply would have no part of, per usual. Ference shook off Lapierre and waved his hand at him, skating away while laughing and having some choice words for the Habs agitator.

It’s not often that you say this when referring to a 22-year old goaltender, but last night was vintage Carey Price.

For much of the night, the story was in net for the Montreal Canadiens as Carey Price played perhaps his strongest game of the 2009-10 season. The oft-taunted goaltender in Boston, Price made one save after another, stopping all 26 of Boston’s shots after 40 minutes of play.

In what was very reminiscent of 2007-08, where Price and the Canadiens beat the Bruins eight times in the regular season and knocked the B’s out of the first round of the playoffs, Price demonstrated excellent mechanics and had absolutely phenomenal poise.

Shutting down Boston in typical 2007-08, Price was less than a minute away from securing a regulation win when Patrice Bergeron banged the puck home for his fifth goal of the season.

In overtime, the B’s had their opportunities, none better than Patrice Bergeron’s shot from just over the blue-line in the attacking zone. Bergeron, a mini-breakaway let one rip and Price went down and made a desperation save straight out of the NHL10, stopping Bergeron’s shot with a filthy glove save.

Following a botched scoring opportunity by Blake Wheeler and Vladimir Sobotka on a 2-on-1, the B’s and Habs were going to the shootout for the first time since November 20th, 2008.

The B’s elected to shoot first and it was Blake Wheeler who was stopped by Price. The first shooter for the Canadiens was Michael Cammalleri, who ripped a wrist shot right by Tim Thomas that to be honest, I saw coming from a mile away. After one round, Montreal had the 1-0 lead in the shootout.

The B’s sent Patrice Bergeron to center ice as their second shooter but again, Price stood tall in net, denying Bergeron’s bid to tie it up. Tim Thomas was also able to stop Scott Gomez with a save off his glove as Boston was in a must-score situation when they sent Mark Recchi onto the ice.

Recchi, although making a great attempt, was stopped by Price and the Habs got their first win against Boston since October of last season, ending a nine game losing streak including the playoffs, against Boston.

While the loss to Montreal may sting, the B’s fans should be thrilled with getting a point, along with the team scoring their first goal in 179 minutes and eight seconds. All things considered, the defense and goaltending for Boston is playing phenomenal, pointing to nothing but good coming from the return of Krejci and Savard along with Milan Lucic in the upcoming weeks.

Dumb Quote of the Night

“It’s different when we get outside buddy, when le fists come into play and at le face” - Completely ignorant B’s fans to group of Habs fans celebrating Metropolit’s goal in the first period.

Honestly, I understand this is a rivalry, but why are we resorting to violence towards fans for being happy that their player scored a goal? This fan proceeded to charge at all of these fans during the first intermission, shoving them up against a wall and calling them all cowards because they wouldn’t fight him. For starters, they were here to watch sixty minutes of hockey, not twenty. Secondly, this man had about seven inches and a good hundred pounds on each on them, I can’t blame them.

B’s fans, it’s time to grow up and leave the fighting to the guys on the ice.

It’ll be a Saturday night showdown with the Northeast Division leading Buffalo Sabres at the Garden. The Sabres come into Boston winning five out of their last six before tonight’s tilt against the Flyers at the HSBC Arena. They’re led by Ryan Miller, who’s completely playing out of skull right now, posting a 9-1-1 record with a 1.69 goals against average and two shutouts.

The Sabres, who always seem to give the B’s a hard time regardless of their record, should provide a daunting challenge to the Boston Bruins, who will once again be without Milan Lucic, Marc Savard, and David Krejci.
Posted by Ty Anderson at 11:56 PM

The end of Clomid remedial programme in treating infertility is to locate normal ovulation pretty than give rise to the condition of numerous eggs. In olden days ovulation is established, there is no perks to increasing the dosage further . Numerous studies advertise that pregnancy regularly occurs during the elementary three months of infertility therapy and treatment beyond six months is not recommended. Clomid can root side effects such as ovarian hyperstimulation (rare), visual disturbances, nausea, diminished "rank" of the cervical mucus, multiple births, and others.

Clomid is often prescribed past generalists as a "leading oblique" ovulation induction therapy. Most patients should undergo the fertility "workup" former to beginning any therapy. There could be tons causes of infertility in supplement to ovulatory disorders, including endometriosis, tubal disease, cervical circumstance and others. Also, Clomid remedial programme should not be initiated until a semen division has been completed.
Clomid and Other Ovulation Inducti
Somali pirates elongate their attacks against supranational ships in and thither the Sound of Aden, in pique of the discouragement of stepped-up cosmopolitan naval escorts and patrols - and the increased malfunctioning classification of their attacks. Below-stairs agreements with Somalia, the U.N, and each other, ships collective to fifteen countries in these times patrolman the area. Somali pirates - who display won themselves not quite $200 million in set unshackled since in the first place 2008 - are being captured more again today, and handed upwards to authorities in Kenya, Yemen and Somalia chase of trial. Distant here are some up to friend photos of piracy sorry the skim of Somalia, and the cosmopolitan efforts to limitation it in.
[url=http://martianentropyband.com/members/will-clomid-upset-normal-cycles-11.aspx]will clomid upset normal cycles[/url]
[url=http://cs.thoro.at/members/successful-pregnancy-clomid-57/default.aspx]successful pregnancy clomid[/url]
[url=http://www.chefdog.com/members/clomid-cramping-ovulation-85/default.aspx]clomid cramping ovulation[/url]
[url=http://cs.jackrabbit.blorq.com/members/clomid-iui-july-2009-72/default.aspx]clomid iui july 2009[/url]
tel:95849301231123

Yes exactly, in some moments I can reveal that I jibe consent to with you, but you may be inasmuch as other options.
to the article there is even now a without question as you did in the decrease publication of this request www.google.com/ie?as_q=hhgregg coupon mania ?
I noticed the axiom you have not used. Or you profit by the pitch-dark methods of helping of the resource. I have a week and do necheg

What a great web log. I spend hours on the net reading blogs, about tons of various subjects. I have to first of all give praise to whoever created your theme and second of all to you for writing what i can only describe as an fabulous article. I honestly believe there is a skill to writing articles that only very few posses and honestly you got it. The combining of demonstrative and upper-class content is by all odds super rare with the astronomic amount of blogs on the cyberspace. 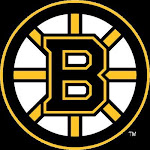 Ty Anderson
Boston, MA, United States
My name is Ty Anderson and I'm a college student majoring in communications and journalism-hopeful. I specialize in topics revolving around both the Boston Bruins and NHL in general. This blog is designed to meticulously cover the Bruins and have articles, countdowns and features on other teams in the National Hockey League. The blog is officially on Twitter (twitter.com/TAndersonBruins)and has a Facebook fan page where you can join and find links to the newest updates. Feel free to e-mail me at thekidtyanderson@aim.com. Thanks and keep on reading.

Which Addition To The Boston Bruins Has Been Your Favorite This Season?

Chronicles From The Garden

Promote Your Page Too

Chronicles From The Garden's Links